ARE YOU A VICTIM OF CYBER-HARASSMENT, SCAMS OR WEBCAM BLACKMAIL? OUR EXPERTS TAKE CHARGE OF YOUR CASE IMMEDIATELY! 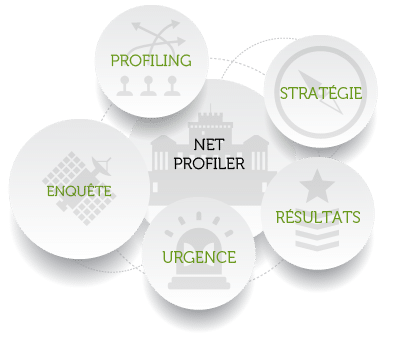 HOW DO OU DEFEND AND PROTECT YOURSELF AGAINST CYBER-HARASSMENT? Cyber-harassement, also called cyberbullying, covers all harassment ranging from insults to intimidation, ostracization, identity theft, and cyberstalking. Victims are not left unaffected by verbal abuse in the form of slurs, accusations, defamation, threats, and unjustified rumors against them. Cyberbullies may or may not be known to their victims. Whether they are or not, their actions are simply unexpected, violent, shocking and devastating. Trying to defend yourself on the web like you would do face to face does not work like it does in the real world. The virtual world requires a different approach even to the extent of creating an avatar. This creates massive cyber security problems. Cyber harassers use the screen as protection, sometimes supported by a group that clones itself to achieve their ends. The victim behaves as he would in the real world but in a virtual world. The difference between those two worlds is traumatizing for the victim, all the more so as his defenses aren’t working. If taken in time, actions specifically tailored to the harasser and the victim can put a fast stop to this situation, clean up your reputation and image, and considerably limit your personal and/or business risks. Such attacks must not be underestimated as they can create disastrous situations affecting the victim, their environment and their entourage. Handling such cyberbullying requires very sophisticated expertise. Cyberbullying can be thwarted and stopped very fast by our web profilers. Is your Online Reputation is in danger? Contact us now: +33 (0)4 37 85 59 59

OF YOUR SITUATION IMMEDIATELY:

Depending on the circumstances, the matter can be investigated and resolved within at least 2 days.
Price: We will quote a price for analyzing your case through web profiler after a preliminary phone conversation.

Ask for call back