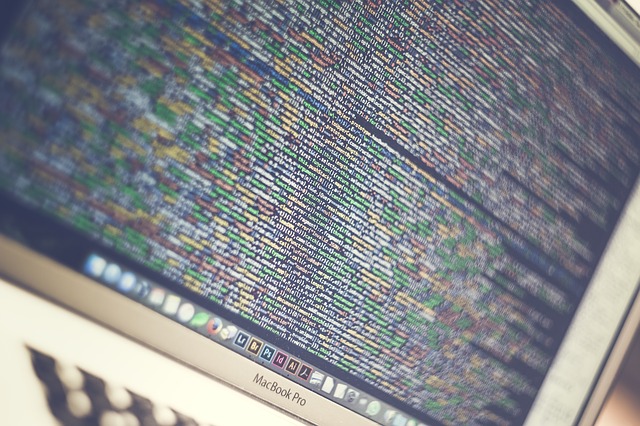 A look back at the career path of Alexis Kuperfis, program director at IBM. This programming and management expert talks about his company, his job and his passions.

What is your background?

Alexis Kuperfis: I took a scientific baccalaureate because I had always had the idea of making a career in the field of IT. At the end of high school, I obtained the famous sesame with honours and congratulations from the jury. With my diploma in hand, I entered ESAIP (School of Engineers in Computer Science and Risk Prevention) where I specialised in IRII (Computer Science, Industrial Networks and International Culture). Thanks to this training, I became an expert in programming and industrial network architecture.

This school, which is resolutely international, allows me to spend a year abroad. I’m heading for Sydney, Australia, as it’s a country I particularly like. Moreover, thanks to this experience, I have acquired a perfect command of English, which will be essential for my future career. Indeed, being bilingual in English is a must in the programming world.
After these years of higher education, I obtained my diploma and went directly to work for IBM as a Technical IBM Hardware Engineer in Strasbourg, France.

After a few years, I took on new responsibilities and was appointed to the position of Program Manager. This is where my programming skills become crucial, because as a manager it is important to know the basics of what your teams do, otherwise it is impossible to manage well. Being a good program manager at IBM means having a deep knowledge of Digital Transformation, Systems Integration, ERP, Application Development, Analytics, Cloud, AMS, Migration.

More generally, I am in charge of managing projects for the company’s major clients and I am involved in all stages of their implementation: from the commitment to the operational deployment of the solution.

IBM gives me the opportunity to manage a portfolio of 6 million euros per year and a great team of over 80 people.

Can you tell us about the company you work for, IBM?

Alexis Kuperfis: IBM, International Business Machines Corporation, is an American multinational company specialising in computer hardware, software and services. In France, the company is located in several cities: Nantes, Toulouse, Rennes and Strasbourg.
It is a very pleasant company to work for, with room for different profiles. It is also at the cutting edge of technology and innovation.

It is a company that has always been able to renew itself, stay ahead in its field and undertake major changes.

IBM was founded in June 1911 as the Computing Tabulating Recording Company (CTR). It was later renamed to its current name in February 1924.

Our company has been responsible for a number of innovations in the computer world. For a long time, when people spoke of IBM, they thought of the mainframe computers that it itself developed and promoted in large private and public organisations.

In 1954, the company marketed the first mass-produced computer, the 650 model. It was for this machine that the neologism ‘computer’ was coined by IBM France.

The company then went on to innovate: in 1956, it launched the magnetic disk (RAMAC); in 1957, it created the Fortran programming language; in 1966, it invented the dynamic memory or DRAM; in 1970, the relational database; in 1975, fractal geometry; in 1977, the Data Encryption Standard or DES and in 1980, the RISC architecture.

In August 1981, IBM launched the very first personal computer for the general public. The 5150 model, better known as the IBM PC, was produced in millions. Thanks to its open architecture, it is considered the forerunner of all PC compatibles.

IBM was even awarded the Nobel Prize for two innovations: the scanning tunnel microscope in 1986 and ‘medium’ temperature superconductivity in 1987.

Even today, the company is very committed to innovation. In 2005 alone, it filed 2,491 patents.

IBM has not stopped evolving throughout its history. Originally specialising in the design and marketing of computer hardware (construction and maintenance of mainframes and large servers, manufacture of hard disks, manufacture of semiconductors, nanotechnology, PowerPC processors, CELL microprocessors), the company also develops software more specifically dedicated to professionals. They are oriented towards what IBM knows how to do, namely, IT consulting, intranet and extranet server hosting and cybersecurity management for example.

Moreover, since 2002, IBM has become the number one company in the world in terms of staff in the consulting field thanks to the acquisition of the consulting branch of PricewaterhouseCoopers.

I am therefore very happy to have joined such an innovative and progressive company. It trusts its employees and has a real corporate culture. Finally, it is fully committed to the fight against gender inequality and does not hesitate to appoint female employees to important positions. So it’s a company that is in touch with the times, and it’s very pleasant to work there.

Where does your passion for computers and programming come from?

Alexis Kuperfis: I have always been interested in computers. From a very young age, I saw my father buying the latest computers of the time. He introduced me to computers in general.
I remember the first computer he put in my hands: a Commodore 64. It is still the best-selling personal computer today. It was with this device that I really discovered computers and programming.
Later, I received my first computer from my parents in the 1990s. It was a fixed tower that ran on Windows 95. It was with this mount that I started to discover the Internet.
From that time on, I started to browse forums dedicated to computer programming and I made my first steps in JavaScript, PHP and C#. At the same time, I also migrated to Linux.
Since then, I keep up to date with new innovations and I keep my machines up to date.

How do you manage over 80 people on a daily basis?

Alexis Kuperfis: In reality, it’s not really more complicated than managing a small team of 10 people. Of course, it is necessary to delegate and to learn not to want to control everything, it is impossible. You have to trust your employees. I think that each manager has his own methods to achieve the same result. However, it is important to point out that not controlling everything does not mean letting everything go.
When I took up my job, I remember that I set out the rules clearly and explicitly, as my predecessor had advised me to do. This way, everyone is aware of the objectives and it was an excellent way of affirming and reassuring my team that they knew where we were going. As a manager, it’s essential to give your staff freedom to be creative and to take personal initiative.
Secondly, communication is essential, especially when managing a large team. You should not hesitate to give compliments and positive feedback when things are going well. On the other hand, and this is certainly the least pleasant part of the job, when things don’t go as planned, when there are mistakes, you must also learn to say so, and to do so properly. The important thing is to always end with positive feedback, because every person is recognised for his or her primary quality: him or herself.
Finally, as a manager, you must also set an example. The adage “say what you do and do what you say” is necessary. This makes it easier to ask your employees to do this or that task. This is a prerequisite for commanding respect and being seen as a role model..

As a break from this intense professional life, do you have any passions?

Alexis Kuperfis: Although my job as a programme director doesn’t allow me to have a lot of free time, I like to spend it on my bike, with my family over a cocktail I’ve made or wandering the aisles of an art exhibition.
I particularly like cycling, as it is a very good sport for the body and mind. It allows me to recharge my batteries in contact with nature. I am a road cyclist and I have ridden on many roads in France. I also enjoy getting off the beaten track and riding my mountain bike. I am also passionate about the sport’s competitions and have even gone to see the riders of the Tour de France, the Tour of Italy and the Tour of Spain several times.
Then, I have a passion for mixology which is the art of mixing and making cocktails. I have all the necessary equipment at home and I love to entertain my friends and family with my liquid creations.
Finally, as a great art lover, I like to go to art exhibitions alone or with my family. It’s a great experience that gives my children a more open mind.

Finally, do you think that large companies are sufficiently informed and aware of the subject of e-reputation?

Alexis Kuperfis: This is a subject that is increasingly being considered by large companies. With the advent of Web 2.0, anyone can say what they want about anyone they want. An unhappy customer can quickly damage an e-reputation that has been built up over several years.
Large companies have understood that a bad online reputation has an irreparable impact on their performance and turnover. They are therefore taking more and more measures to control their e-reputation.
However, as it involves external factors, online reputation cannot be 100% controlled, which is why I think it is an issue that will become more and more important over the years.