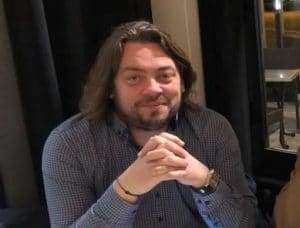 1.      Hello, Michael Juret, can you tell us about your background?

Michael Juret: Originally from Angers, I spent my schooling at the Lycée Chevrollier. Angers is a city that I have always appreciated. After graduating, I had a few minor professional experiences before setting up my own company in the new property sector in 2000. At the time, the company was called Foncier49, but it quickly grew and we changed the name in 2018 to what we know today: Carréneuf.

I was also the president of the ice hockey club Les Ducs d’Angers for some time. As I am an unconditional fan of this sport, it was a real pleasure and an honour to lead this club which is so dear to the hearts of the people of Angers. Even though the club has had to face many obstacles, it has won prestigious titles. It is a very important team in the French hockey landscape.

Tell us the story of the creation of the Carréneuf group

Michael Juret: The history of the group goes back to the early 2000s. At the time I wanted to offer everyone the opportunity to invest in new property. So I founded the company Foncier49.

Initially based in Angers, the group quickly grew to become a leader in the new building sector throughout Maine-et-Loire (Angers, Cholet, Saumur) and the Vendée. After a few years of experience, we extended our expertise to the Vendée department with the F85 brand in Saint Gilles Croix de Vie.

In order to pursue this goal, we decided to change our name to unify our services. In 2018, the F49 group became the Carréneuf group. In the same year, we opened an agency in Les Sables d’Olonne and another in Les Herbiers.

At present, we are looking to open new branches in the Vendée and neighbouring departments.

Since its creation, the company’s vocation has always been to accompany and help its clients to carry out one of the most important projects in their lives: the construction of their home. To carry out this type of project, it is necessary to have a team of qualified professionals who are passionate about this particular field. We make it a point of honour to be available to our clients and to work closely and rigorously.

How many people make up your teams?

Michael Juret: The Carréneuf group is made up of 60 employees: managers, habitat advisors, technical and commercial assistants, works managers, draughtsmen, architects, development and communication managers and accountants. All our staff are available to answer our clients’ questions and work rigorously to bring their project to a successful conclusion.

Carréneuf has been established in the department for many years now and is fully aware of all the subtleties of the real estate sector in the region. We have built strong partnerships with local businesses and are therefore able to provide unrivalled value for money.

What services do you offer?

Michael Juret: Our group specialises in real estate and offers 4 types of services: 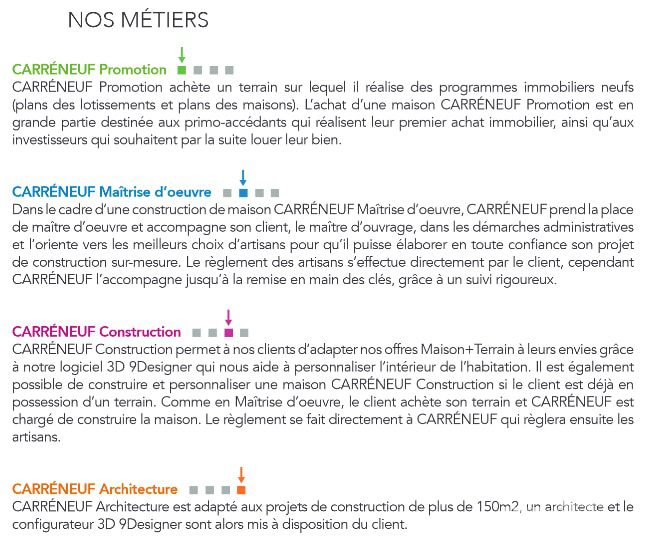 You are also president of the ice hockey club Les Ducs d’Angers, can you tell us more about this team which is very appreciated by its supporters?

Michael Juret : Indeed, the Ducs d’Angers are a team very appreciated by its supporters, the inhabitants of the city. Whether in good times or bad, the people of Angers are always there to support their team.

The team has also competed in major national competitions and its players have won individual trophies as a testament to their skills. For example, they have participated several times in the final series of the Elite Championship.

6.      A new ice rink has been opened The IceParc is the new playground of the Angers Ducs team?

Michael Juret: Indeed, the old Haras ice rink, which was the home of the Dukes for 37 years, could no longer meet the needs of the club. Since September 2019, a new page has been written. The Dukes of Angers have therefore taken up residence in a new ice rink located in the Saint Serge district of Angers.

This new ice rink will offer 3500 places, compared to 1080 for the Haras. In addition, it is located close to the multiplex cinema, the tramway, the Saint Serge campus and a future skate park. This will provide the people of Angers with some great evenings ahead.

Angers is a magnificent city full of richness, you have spent your whole life here, what is it about this city that marks you so much?

But let me tell you more about a monument that I particularly appreciate in Angers: the Saint-Maurice cathedral.

Built between the 11th and 16th centuries, it was listed in 1862 as a national monument of France for its blend of Romanesque and Gothic architectural styles, in particular the Angevin Gothic style, and for its stained glass windows, of which the window in the transept of Saint-Julien is considered a masterpiece of 13th-century French glasswork.

The building is located at the top of a long staircase so that when you finish climbing all the steps, the view of the cathedral is a reward for your effort. The exterior of the building is a work of art in its own right. You can admire the eight statues of saints, look at the curved vaults and their ogives, before entering the interior.

Once inside, you can contemplate the beauty and precision of the medieval stained glass windows and sit and listen to the sound of the great organ. The organ has had a difficult life.

The oldest documents relating to the organ in Angers Cathedral date back to 1369. In 1417, Jean Chabenbel installed an entirely new instrument, in an organ case made by Jean Le Flamand, on a corbelled gallery under the stained glass window of the façade. But on 7 July 1451, lightning destroyed the bell towers and the organ. As soon as the cathedral was restored, a new organ was ordered and installed on a gallery covering the entire width of the nave. This organ was used until the 18th century. At that time, the old case was replaced by the current one, commissioned in 1742 from Louis Hamon and executed, following his bankruptcy, by Pierre-Étienne Suruge.

The instrument was not damaged during the Revolution and lasted for many years, thanks to the work of various organ builders: Christian Myssen, Louis Lair, Claude Brothers…

Since then, the great organ has undergone several restorations, including an electrification between 1957 and 1959.

The organ loft and the organ case were classified as historical monuments in March 1977.

In 1991, the organ builder Yves Sévère restored the instrument.

When you leave Saint-Maurice Cathedral, you will be completely at peace. You can then take a leisurely stroll through the historic district of Angers that surrounds the cathedral.

In short, it is a city full of history where life is good.

Online image is increasingly important, how do you manage your e-reputation?

Michael Juret: It is true that with the increasing prevalence of technology and the internet in our daily lives, it is important to manage one’s e-reputation. To do this, I think it is important to communicate, when you are a public person, about your projects and your work. This also works for companies. Of course, as a simple user, it is difficult to control everything, it requires too much knowledge and time. This is why I think that e-reputation agencies are now indispensable for managing the online image of large companies, public figures and even small companies.