How to use your right to be forgotten?

On the Internet, you should be aware of one thing: you are not anonymous. All your personal data is stored by Google. If you make a query on the search engines using your first and last name, or any other personal information, you may well see information that you thought you had forgotten resurface. If this happens to you, you can exercise your right to be forgotten. How does it work? We tell you everything.

Search engines store all your data

Unlike paper, information on the Internet is not archived. This means that it remains accessible to all Internet users without time limits. For example, a person who was convicted fifteen years ago of fraud or homicide has had his identity published on various news sites. Time passes and memories fade. No one remembers the case. However, even now, if you do a Google search on the first and last names of this person, the information will come up, because it was digitised in the past and because people have talked about it on forums. While this person has paid for his or her crime, he or she is sentenced to life on the web.

Since 2014, the Court of Justice of the European Union has passed an important decision to fight against the abusive storage of personal information on the web: the right to be forgotten or the right to dereference. An Internet user can now require a search engine, such as Google, to ensure that personal content is no longer accessible through the search engine. In this way, the person can recover a form of anonymity in relation to an old fact, for example.

What content is covered by the right to be forgotten?

Not all content is covered by the right to be forgotten. Indeed, the request must concern harmful content, either because it has a negative impact that is disproportionate to their private life, or because it is no longer topical or because it concerns minors.

In practice, how do you exercise your right to be forgotten?

The first reflex is to turn to the search engines which, since this decision of the Court of Justice of the European Union, must propose a form to be filled in and sent directly to obtain a ruling.
Here are links to the main search engine right to be forgotten forms:

However, an analysis is made by the search engines on the appropriateness of the dereferencing that is requested.
When a refusal is made, it is necessary to turn to the CNIL (Commission nationale de l’informatique et des libertés).

Google’s right to be forgotten: American hypocrisy or a clear desire not to be dictated to by the European Union?

However, it is important to understand that this right to be forgotten does not always translate internationally. Indeed, for Google, European law obliges it to stop displaying results bearing the surname of the person who made the request in European results, but the history (the past fingerprint) remains in Google’s servers and continues to be displayed in the United States, for example.
We can then wonder about the validity of such an application of the law… Indeed, anyone using a VPN will be able to access, from Europe, results that should no longer be displayed.
Google retorts that this mode of operation is perfectly normal since other countries, a little more “totalitarian” than Europe, consider that certain results should not be displayed in their country, whereas Google considers that this is clearly an infringement of freedom of expression. It complies with the law but continues to display these results outside the country in question.

Is Europe too restrictive on personal data?
Or is Google too permissive?

This can be contrasted with the fact that some search engines, such as Qwant for example, consider that once a dereferencing request has been approved on legitimate grounds, it is effective worldwide.
Should Google learn from this? 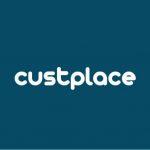 How to facilitate the management of customer reviews? – Custplace partnership 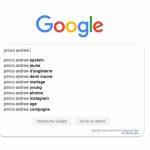