What is bad buzz?

A bad buzzis a phenomenon that weakens a company’s e-reputation. It is a kind of negative word-of-mouth that forms and spreads on the internet. Without proper action, this bad reputation can spread to other communication channels.

Generally, this is the result of a faulty or poorly handled marketing action or campaign. This clumsiness thus leads to mockery, criticism or anger from Internet users. The negative comments and rebukes start forming afterwards to an uncontrollable proportion.

The reasons for bad buzz are many. Most of the time, it occurs when the company involved fails to mitigate or resolve the sources of the problem. It can be a bad quality of service, product or offer. It can also be a dishonest action orchestrated by competitors to damage the brand imageof the brand.

In any case, the company must take certain precautions and act urgentlyto reduce the risk of polemic. Keep in mind that bad buzz is very viral on the internet. That’s why companies shouldn’t take this kind of phenomenon lightly. 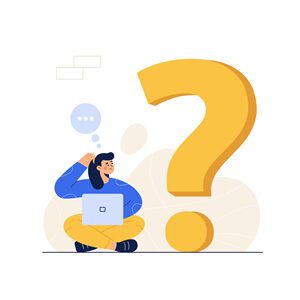 According to statistics, the internet registers nearly 4.95 billion users worldwide. However, this trend does not seem to be ending anytime soon according to studies.

So the web still remains one of the best tools for communication, information and entertainment in the world. For a business, it is also the most effective accessory to gain visibility. It remains, however, a double-edged effect, especially because of the bad buzz.

The consequences of bad buzz for a company

The e-reputation of a companydepends entirely on the brand image it exudes on the web. If it suffers a controversy, it can lose notoriety with its audience. This can damage the trust relationship already established with its customers and partners. Its revenue may then take a big hit from this perspective.

However, bad buzz is very effective for gaining visibilityon the web. In just a few moments, a site, a publication or a page can get a very high popularity. The item in question can then enjoy a significant ranking on search engines. However, this is still notoriety based on the wrong reasons. Without proper measures, the corresponding online presence can be blacklisted or removed from the favorites of Internet users.

This is why it is necessary to call on professionalsto limit the damage. It is possible to contact to freelancers like community managers or a digital agency for example.

The effects of bad buzz for staff 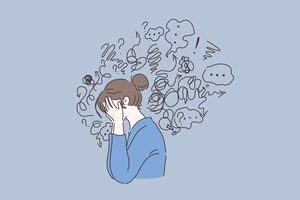 The issues of a company’s e-reputationunfortunately don’t just stay on the web. Bad buzz can infect other media and have an impact in the physical world. A wave of criticism, anger or mockery from the public can easily reach employees. As a result, they may plunge into doubt, frustration and unhappiness in their operations.

In some circumstances, bad buzz can even affect the private lives of employees, including executives. scandalsare some of the most beloved news in the world right now. This can then taint not only the company’s brand image, but also that of the victim company’s officials. This situation remains more difficult to manage when individuals are directly involved.

With this in mind, the use of a crisis management expert is highly recommended. This can be a manager coach, a communications professional or a web marketing company for example.

What to do to restore your e-reputation after a bad buzz?

Bad buzz is perfectly manageable with the right methods. However, you should not wait until the last moment to take the necessary steps to remedy it. Also, it is entirely possible to capitalize on a wave of controversyon the internet. The same is true for comments and negative opinionsfrom internet users.

Here’s how to go about it from that perspective! 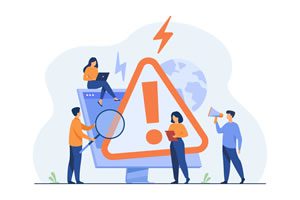 Assessing the scope of the situation

It is crucial to identify the problem first. This helps to verify the true sources of the viral element. One should not hesitate to read all the user feedbacks on the web. You need to know if the corresponding company is at fault or if it is a competitor strategy. The goal being to find the best answers to reassure the public or to limit the actions of troublemakers.

Assume the facts and explain yourself

Transparency, honesty and trustworthiness remain the most effective ways to counteract a bad buzz. The concept is to acknowledge the facts, then apologize to disgruntled consumers. In some situations, it is even advisable to make a commercial gesture to calm the controversy. These tools are still suitable for exposing competitors’ actions. This helps turn audience anger into support and restore the bond of trust lost during the bad buzz.

The fake news or bad buzz can come from fabricated information. In this case, it is necessary to act quickly before the rumor ignites the community and the web. This can be done by defusing unfounded data by setting the record straight and presenting irrefutable evidence. An official communicationfrom the victim company can do the trick in certain circumstances.

Deleting comments or leaving them unanswered is a mistake not to make on the web. It can confirm what people are saying and further discredit the brand in question. It’s best to explain and respond to dissatisfied customers. It’s a convenient way to regain the trust of your community and show good faith. Of course, moderation of comments is still advised in this way.

Exiting a bad buzz unscathed is difficult, but not impossible. With the right strategy, it can even make a brand stronger than ever. All it takes is careful consideration of its responses, actions and campaigns to do so. Using an expert in crisis management is even advisable to make life easier in this regard. This one can then judge the situation if it needs to be de-dramatized, use humor, or some other means to do so. 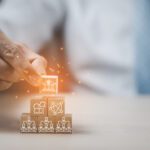 The use of e-reputation by HRDs 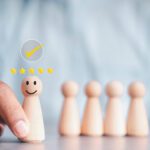 How to manage and build your e-reputation?
Laisser un commentaire Supprimer commentaire