Why are the Web, and in particular Google, distorting the image of companies?

Why are the Web, and in particular Google, distorting the image of companies?

Let’s set the scene for the disaster that is being organised behind the mirror, by the manipulators of rating sites…

The situation of the E-merchant

In 2017, an E-Commerce site makes 30,000 deliveries of vases in perfect condition and 10 of broken vases. It can see its E-Reputation reduced to nothing in 2018, if the 10 recipients of the broken vases each post a negative testimonial on a consumer review forum!

It is quite understandable that the E-consumer receiving a product or service that does not conform to his order should turn against the E-merchant and, in this case, three solutions are available to him:

What about consumer forums?

Their existence was initially motivated by good intentions: “To inform and protect the consumer”.

However, to date, forums such as 60 millions, UFC que choisir, forum construire, etc. are uncontrolled spaces that collect false opinions, defamatory posts sometimes generated by competitors or former employees who pose as disgruntled consumers in order to harm their former employer.

They also collect real reviews, but posted anonymously, so only to hurt brands.

Let us specify that, if one really wants to solve a problem between seller and buyer on the Net, anonymity is not the best way to expose one’s dissatisfaction since the seller cannot react!

One might think that these forums think they are righting wrongs and forget that the web is not the Commercial Court! The reality is that they earn their living by stirring up conflicts that border on “class warfare”!

It is necessary for their own success to position the e-merchant as the bad guy and the e-consumer as the 100% good guy.

For companies, the consequence of these “rubbish” posts is that they ruin their online reputation and destroy their turnover. In this case, they have to pay for the services of law firms to defend themselves, because of course, amicable negotiations with phantom interlocutors are impossible.

As you can see, I’m not crazy about these consumer sites !!!! Especially since today there are newcomers such as B Reputation, Trustpilote etc., which are even more powerful… Let me explain:
These start-ups create websites where they list all French companies and ask Internet users to rate them, which amounts to creating new lynch mobs: indeed, we know that 100% of satisfied Internet users do not communicate and that, on the contrary, 100% of dissatisfied users widely expose their dissatisfaction.
The principle of these new sites is simple: Make money with your online-Reputation because they are the ones who create the digital trap! Once the e-merchant has fallen into it, they offer him paying tools to survive in this kind of digital snake pit.

Web 2.0 takes back with the left hand, what the Internet gave you with the right hand. 🙂 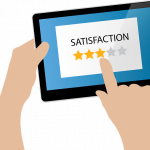 How to deal with negative reviews? 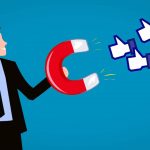 How to control your online reputation?
Search
Our latest articles