COVID-19 TIME HAS STOPPED…. BUT NOT FOR EVERYONE …

The streets are empty, the cities have gradually fallen asleep with their eyes open, the pollution has also disappeared with the vehicles left in the garage and the factories at a standstill, nature is taking possession of the place.

But all this will once again be a thing of the past when, once again, the carbon monoxide storms hit the city and our human activity resumes its destructive rights on this planet that welcomes us.

It is true that this pause in the destruction of our habitat is a sobering thought:

our planet is so much more pleasant to live on without human activity… indeed, without us!

Apart from a few climato-septics or rock-limited people, each of us could see that these few days of almost total stop of human activity have done a lot of good (environmentally speaking) to the planet.

But clearly, it is abhorrent that this “forced” demonstration has gone through so much misery, suffering and death.

BUT HAS IT REALLY STOPPED?

Well, no! It hasn’t stopped.

While the planet is sending us signs (the pandemic is most certainly linked to environmental disruption, which in turn is due to our industrial over-activity and excessive consumption), the trolls, the cowards, the anonymous stash-outs are having a field day.

The sneaky, nasty, unfair, deleterious and petty E-Reputation attacks continue on the Web, yes… because “people” have time… And half the planet is online and bored…

Too bad there is no virus to exterminate bullshit.

What do Covid-19 and E-Reputation have in common?

Ever since the advent of Web 2.0, everyone has been raving about how fast information spreads. (It’s strange that when we talk about these two completely opposite subjects, we use the same vocabulary).

In short, stupidity and nastiness are not confined.

So take advantage of these moments of forced inactivity to take care of your Online Reputation. 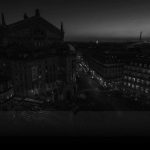 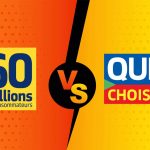