Editorial by Stephane Alaux
They have two different names but probably the same first name! The name “demolisher” suits them rather well! Their objective? To steamroller the reputation of French companies: 60 million consumers & UFC que Choisir are fighting for a monopoly on e-reputation pressure on companies… The pretext? To inform and protect the consumer. We can talk about pretext because today, the editorial line of the 2 media is very blurred… Anyway, the time is long gone when the Fillon government wanted to merge these two nightmares of French companies. The idea was to sell the magazine 60 millions, a public media owned and initiated by the French government, to the private UFC!(1) Hilarious paradox, when you know that 50 millions de consommateurs (the initial name of the newspaper) had been created to weaken Que Choisir, which spent – already at the time – its time mocking companies…

Are these two magazines the mediapart of consumer affairs?

It is not certain that they have the talent or the professionalism, because in this field perhaps even more than elsewhere, the reliability of information must be 100% validated… A quick reminder about these two actors:  Do you think I am shooting the breeze? So let’s see how useful these so-called French consumer protectors are; yes, their raison d’être and their original role were to inform consumers, to carry out surveys, tests and above all …..  comparative tests of products and services. So far so good, the intentions being more than honourable, even of public utility. Not to be confused with public utility. And why this bad pun? Tout simplement parce que 60 MDC, l’un de ces champions de la traque d’escrocs et d’arnaqueurs (Nos entreprises) n’est pas absolument irréprochable… Si la critique est fondée, chacune de nos entreprises est prête à faire amende honorable, se remettre en cause, faire évoluer ses produits… Mais au moins que cela soit par des organismes donnant l’exemple de bonne conduite. However, this is far from being the case: for many years now, the Court of Auditors has been pointing out the mismanagement of the National Consumer Institute! We can even talk about an ubiquitous situation, since the organization whose very essence is to criticize the products and services of OUR French companies, does it – badly – with OUR TAXES, thus our hard-earned money. You want proof? Here it is: Extract from the Court of Auditors’ report of 2016: (Read the report here)(2) « A precarious financial balance, insufficiently rigorous management The INC’s financial situation has been characterised for several years by a decline in its revenue (-13%), which fell from €14.8M in 2010 to €12.9M in 2015. The magazine’s turnover fell by €1.7m between 2010 and 2014 (€9.7m and €8m respectively) before rising to €9.2m in 2015.” Despite drastic cuts in support of the consumer movement, the French government still allocated 4.3 million to this magazine in 2017, to make life difficult for businesses and, moreover, 4.3 million euros poorly managed, according to the Cour des Comptes… The icing on the cake (one bad joke always leads to another, even worse):

UFC-Que Choisir is pushing the issue further by denouncing the unfair competition of 60 Millions de Consommateurs and could very well take the matter to court! (3)

The stage is set, this is France … With a private sector bludgeoned by taxes and compulsory levies and where part of the “government’s booty” is allocated to this type of public structure – it must be remembered – the purpose of which is to weaken the economic fabric, which has already been damaged enough elsewhere … Couldn’t we call this “shooting ourselves in the foot”? No, of course, it is only a joke. Bad, certainly, but a joke, carried by the arrogance and certainties of those who have perhaps never worked and thus think that, as in the time of the serfs, the entrepreneurs are toilable and replaceable in case of “extinction”… Il faut bien qu’il y en ait qui bossent pour que les autres puissent s’amuser … Ces deux enseignes, objets de ce petit mot d’humeur, je les ai qualifiées de Rouleaux compresseurs de l’E Réputation des entreprises françaises. Pourquoi ?
First of all, because our job as an agency specialising in corporate reputation management (and even more frequently in digital crisis management) puts us at the heart of the problem.   We have a front-row seat to witness the distress of those managers whose business is undermined because a famous stranger has denigrated one of their products or services on the forums Que choisir or 60 millions de consommateurs. (These posts are very often about settling scores: frustrated former employees, unfair competition, distant acquaintances ignored…)
We witness daily the destructive impact of these consumer forums on the reputation of companies and therefore on their turnover.  Very often, these reports are made in a wild manner, without any control on the origin or the reality of these “complaints of aggrieved consumers” before their publication. (These forums do not check proof of purchase or consumption of the product or service in question).
These forums, initially for free exchange, have now been transformed into veritable “Commercial Courts”, where the accused has no say and the defence lawyer (normally a fair journalist) is asked to be absent. Doesn’t this remind you of the ‘justice’ of certain dictatorships?
So yes, companies can – in hindsight – respond to their critics online, but if you know anything about SEO, you know that the right of reply will add content to the post and will only increase the visibility of the defamatory conversation in Google results. So for the right of reply: abstain …
What solution is left for the company, which has been “wiped out” by an expeditious conviction and is now labelled “at fault”, to get out of this tricky situation?
Justice?
Virginie Bensoussan Brulé, lawyer, head of the Digital Litigation practice of Lexing Alain Bensoussan Avocats, sheds light on the legal aspects of online notices:
« Insofar as the INC’s activity consists in particular of collecting and disseminating consumer opinions on products or services, i.e. online opinions, the INC is subject to the provisions of articles L.111-7-2 and D.111-16 et seq. of the Consumer Code. Article L.111-7-2 of the Consumer Code governs the activity of “any natural or legal person whose activity consists, on a principal or accessory basis, in collecting, moderating or disseminating online consumer opinions”. Article D.111-16 of the Consumer Code defines online consumer reviews more precisely as “the expression of a consumer’s opinion on his or her consumption experience by means of any element of appreciation, whether qualitative or quantitative”. On the other hand, “user sponsorship, recommendations by users of online reviews, and expert opinions” are excluded. ».
Although Article D.111-16 specifically targets consumers, the scope of application of these provisions, and therefore the definition of online advice, can be extended to all non-professionals within the meaning of the introductory article of the Consumer Code or to all professionals benefiting from the application of the Consumer Code, in particular insofar as it does not concern expert advice, since the qualification of non-professional derives, according to case law, from the fact that the professional is concluding a contract outside his or her field of competence.
The INC is required, under the penultimate paragraph of Article L.111-7-2 of the Consumer Code, to set up a free function that allows those responsible for products or services that are the subject of an online notice to inform it of any doubts about the authenticity of this notice. According to the National Consumer Council (opinion of 23 February 2017 on online notices), this free functionality “must be easily accessible, by any appropriate means, in the vicinity of the notice. The implementation of this functionality is indicated alongside the information on the processing of online reviews. The feature shall allow those responsible for the products or services concerned by the questionable review to explain the reasons for the review”.  As regards the qualification of notices, a notice is not authentic when :
Thank you Virginie!

The second reason for the name Compressor Roll is that it is very clear that since these consumer magazines have developed web 2.0 forums, their original mission of enlightening the consumer has changed. That mission is now to provide a space for everyone to rant and lynch the company. It is the paradise of the troll addicted to anonymity, the jealous competitor, the vindictive employee who considers that he has not “earned enough money” from his former employer in court…
The insidious combination of the media power of these media and Web 2.0 make them real cancers for companies. And above all, with their respective forums, these two self-proclaimed arbiters of fair consumption have totally lost control of their editorial lines, which is very serious for an information media, whose deontology must be unassailable. Sur ces forums, pas du tout modérés par des journalistes initiés, comme ils devraient l’être, on peut créer des conversations comme on veut … and, of course, the topics of conversation are named or the brand of a company. Under these conditions, any fool can become a potential editor-in-chief – and that is not the worst part – but above all any evil person can express himself freely in this public space, sticking the knife of denunciation in the back of French entrepreneurship…
Not being a paradox, our government is encouraging us to monitor our online Reputation and manage it:
Companies: watch your online reputation! https://www.economie.gouv.fr/entreprises/entreprises-surveillez-votre-e-reputation
Are those who made this recommendation even aware that one of their sites is one of the main factors in the destruction of the reputation of French companies?
They have made a big deal of it with the RGPD, a European regulatory text to protect personal data, but what about the protection of our companies on the Internet?
The first measure to take would be to close down these forums where any idiot can think he is an expert in communication and, moreover, with an audience.
NO, not everyone can speak without control.
And YES, web 2.0 is dangerous for business.
The history of small business in France shows that for a long time there has been a lack of respect from the authorities, a permanent suspicion of fraud with the tax authorities, the Urssaf, etc. If you run a “small business”, ask for a VAT deferral! If by chance you get it, you will pay all the surcharges … A hypermarket does not pay its business tax? It will get a derogation thanks to the blackmail of redundancy. The pot of clay, the pot of iron… The small company is perhaps today the only future of our country. Yet it continues to be abused, overtaxed and… never protected.
So well done to you, all you French leaders who, year after year, have to fight to keep your companies afloat. Maintain hiring, generate turnover, create wealth, be innovative; all this despite the crises of recent decades: 2009, Brexit, terrorism, social instability and now Covid…
You are still here, despite the many obstacles you have to overcome every day: consumer forums, DGCCRF, Prud’hommes for employees, web 2.0, taxes, Urssaf, reluctant banks, foreign exchange controls for exports (imposed by the USA) … Finally, the work, in all this, doesn’t take so much time? Being an entrepreneur in France today is more a matter of unconsciousness than courage. So go for recklessness, it’s a good fuel, but don’t forget: get covered…
#Restecheztoi & #surveilletonereputation 🙂
(1) Fusion Que Choisir / 60 Millions : https://www.marianne.net/economie/faut-il-marier-60-millions-et-que-choisir
(2) The mismanagement of the National Consumer Institute : https://www.ccomptes.fr/sites/default/files/EzPublish/20161207-rapport-S2016-2738-INC.pdf (3) Que choisir wants to file a complaint for unfair competition : https://www.capital.fr/economie-politique/que-choisir-menace-de-plainte-60-millions-de-consommateurs-pour-concurrence-deloyale-1192236 (4) The RGPD only protects individuals. What about companies? : https://www.economie.gouv.fr/entreprises/reglement-general-sur-protection-des-donnees-rgpd 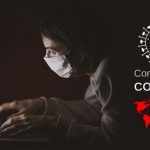 COVID-19 TIME HAS STOPPED…. BUT NOT FOR EVERYONE …

What is an influencer?
Search
Our latest articles