The GAFA problem: between rising finance, monopoly and freedom of thought

After having made the headlines in the economic rankings, GAFAs are in turn making the headlines for tax optimisation, then for a lack of control over extremist and/or illegal currents (the Christchurch massacre affair…) and more recently for manipulating the masses as vectors of fake news…

The beautiful machinery seems to have seized up and we are entitled to ask ourselves questions about the influence that these GAFAs can have on our lives. Are we totally free or are we, of our own free will, completely chained to these algorithm-driven systems?
How far does their influence extend and is it so beneficial?

I will therefore leave the floor to Stéphane Alaux who, in his book on E-reputation, devotes a chapter to this:

Wow, I am completely GAFA!

It is a continent without borders: how to control it?

But, in the end, can we really do everything? Is the web synonymous with total freedom? The discourse has changed with the rise of giants who control the new Eldorado. It is time to roll up our sleeves and do some “cleaning up” on the net, because the power problems are real. Indeed, a few private technology firms alone structure the sector and now condition the rest of the economy! The news is hot, with the technological arm wrestling and tax appetites between the USA and Europe!

The famous acronym of “Google, Apple, Facebook and Amazon” (GAFA) is the acronym that designates the main players of the web. But these 4 web giants are not alone. The list can be extended, for example by adding an “M”, GAFAM, to include Microsoft. But also, more generally, to include these GAFAMs with the 10 to 15 other major groups leading the web: Airbnb, Alibaba, LinkedIn, Netflix, Uber, Tesla, Twitter…

Should we add the “Unicorns”? I think so, we should not forget them, because these companies with very high potential are the future giants of the web: there are about a hundred of them in the United States, almost as many in China, about three times less in Europe and only a few in France…

All these companies are changing the present of the real economy, and are becoming a necessary part of it. As we have seen, in 2018, Facebook exceeded 2 billion users worldwide… A short pause to realise the figure: 2 billion people… but the other private giants do not fail either, interesting hundreds of millions of users. Like Gmail: 500 million, Amazon 120 million… In short, a world-class impact, direct and daily. And we note that Google itself reaches nearly 20 billion monthly requests!

What can we say except to validate the fact that everything is centralised within the “power of the 4 GAFA” according to Scott Galloway. This raises several essential questions. Firstly, this power is organised around the technological leadership of large private groups. This is undoubtedly why, when we look at the current literature on the subject, there are quite a few critical books, whereas in the mid-2000s, almost all the books on the web were panegyrics.

Without talking about a “net court”, today’s literature leans more towards the indictment, although the guidelines of each piece of writing seem to me to be quite divergent as to the basis of the challenge. Is the problem based solely on the fact that technical power unites the entire organisation of relations between people with exclusive technologies offered through a few companies?

There is a confusion due to the intertwining of several problems. For me, three essential things arise from the “obligatory passage” through these large technological groups, which have become operators of influence in the daily lives of Internet users.

TECH: the disappearance of the freedom to choose another technology.

FREEDOMS: the surrender of your personal data to a Big Data, itself private. FINANCE AND TAXATION: a private economic monopoly that does not pay its taxes? This is the reality: if we add up the time spent by citizens in front of their screens every day, we are stunned. While radio and television dominated leisure activities less than 10 years ago, today the web and social networks have taken the lead in information around a few gigantic entities, a few “web giants” to use Octo’s beautiful expression.

Technologically speaking, “the economy of the relationship with the other is structured by an intermediation” based on the crossroads of the best computer and telecom technologies. Algorithms dominate, as well as Artificial Intelligence (AI), which is increasingly present. Internet users think they can take advantage of this: voice assistance, search assistance, the digital citizen is taken in hand by a set of crossed technologies to search, converse and meet!

But by concentrating all their digital activities on a few platforms, Internet users have helped to feed a very closed club of global players that thrive without being controlled by anyone. The giants already had an appetite, they are now becoming ogres, enjoying a technological exclusivity whose description borrows from the political vocabulary. We speak of the “power” of algorithms and the “ambition” of platforms… (Sic Olivier Ertzschein, author of Appétit des géants, pouvoir des algorithmes, ambition des plateformes, is a lecturer in Information and Communication Sciences and a specialist in the political, economic and societal issues of the Internet).

This habit, sometimes an addiction, of billions of humans connected to the same social networks, the same search platforms, how does it influence their freedom of expression, of choice? It is not easy to preserve free will when we give up our personal data to private companies, knowing that they are sold to companies that then contact us, whether we like it or not. The central question would then be that of the intrusion into private life. Of course, this private collection of billions of personal data throughout our lives would have to be regulated. This is not the case today. Can we therefore speak of a real digital dictatorship? In a recent study, an American researcher envisages the dismantling of the GAFA. Should we go that far?

Another problem arises from all this, essentially financial and fiscal, but not only. Is commercial traffic on the web free to compete today? It is a question of entrusting the future of our daily lives to a sustainable digital economy. An economy that would not be confiscated by a small handful of omnipotent companies on the web? Of course, one could note that this is also the case in many sectors: Energy, Media….

The ambition of the web is to be the portal of economic life and supposedly the guarantor of democracy. As a universal portal, the net encompasses all other sectors. If everything passes through the web, its players must play the game in terms of opening up to free competition and also in terms of taxation. This is far from being the case at present: the European Commission is pursuing the GAFAs on the fiscal and legal front. The European Union is seeking to force some of the major American web groups to pay their taxes, noting a significant shortfall in the coffers of the Member States. 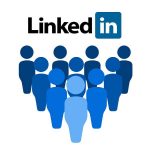 How to become an influencer on LinkedIn 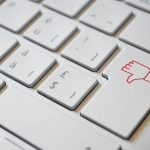