The LOL League, when journalists are guilty of harassment

In 2009, journalist Vincent Glad created a Facebook group, “La Ligue du LOL“… for fun! However, it is clear that Mr. Glad is “having fun” mostly by harassing dozens of people online. In fact, the French journalist has created a real humiliation machine that is rampant on social networks. How did it come to this? Enlightenment!

Women and men victims of lynching

How did a Facebook group of nearly 30 people that, according to Vincent Glad, was created to “have fun”, turn into a machine to harass and humiliate? First element of answer: the opacity that reigns in the group. According to a former member of “La Ligue du LOL”, the members, including himself, knew nothing about the backstage of the group founded by the French journalist in 2009. While, still according to him, everything should remain private in the group, there were slips and the private became … public. This probably explains the fact that the former member received more than a hundred threatening messages in less than a week.

It is necessary to note that there was really lynching on behalf of “La Ligue du LOL”. This is what dozens of women and men reported at the turn of the 2010s. Since 2019, testimonies are pouring in on social networks, revealing the true nature of this group.

When “cool” rhymes with “bully”

In 2019, CheckNews publishes a charge article, revealing the exactions of “The LOL League”. Having found himself under fire, Vincent Glad sprawled out in apologies and explanations on Twitter: “In 2009, I created a Facebook group named “La Ligue du LOL”, where I added friends and some people who made me laugh on Twitter. I owe you an explanation. And especially an apology.

Originally, “La Ligue du LOL” started from Twitter, a network that was still little known in France at the time. The group therefore brings together the pioneering figures of Twitter: graphic designers, communication professionals, many journalists, influencers… Pioneers, and therefore perceived as “cool”, as Aude Baron, editor-in-chief at Eurosport, testifies: “I knew the journalists on this list. They were among the ‘cool’ people on Twitter. Through occasional meetings during aperitifs and other informal mini events bringing together the top brass of the profession at the time, the idea of “The LOL League” emerged.

A club of “cool” men… incidentally sexist and racist

In 2010, Melissa Bounoua is a community manager at 20minutes.fr. The young woman is very active on Twitter, so she hears about a Facebook group, “La Ligue du LOL”, of which one of her colleagues is then a member. Mélissa simply hears that they share jokes, tweets, party plans… Except that among the links shared on the group, Mélissa Bounoua sees articles signed by Thomas Messias and Lucile Bellan. Their particularity? Unlike other posts, they are not published to ask for likes or shares. They are clearly posted to denigrate their authors. In the same vein, Melissa sees comments that she describes as disgusting, compromising photos and extremely dubious jokes.

On the Facebook group, the mockery is flying, before spreading on Twitter. According to the creator of “The LOL League”, Vincent Glad, it is nothing more or less than a trendy “game” to become a Twitter star. Indeed, in an article he wrote in June 2009 for Slate, very aptly titled “How to become a Twitter star”, Vincent Glad advises to “mess with the entire Twitter community. In 140 signs, the insults and low blows leave very quickly in front of the incredulous eyes of the whole community, which has fun ‘retweeting’ “the best remarks”.

Victims of “The LOL League” report a real pack effect that operates from the moment a member of the group decides to attack a target. From then on, his message is retweeted by many accounts. The Facebook group’s favorite target? Women, homosexuals, Jews… The members of “La Ligue du LOL” aim at “easy” targets, and press where it hurts. In fact, the group develops specific techniques to insult, mock and harass.

All this presupposes the existence of an organization. And there was indeed one, as Nora Bouazzouni reports, explaining that several people told her at one point about an organization chart of “The LOL League”. Presumably, there were passive members, while others were in charge of following specific targets. There were also some members like Stephen des Aulnois (username: @desgonzo) and Baptiste Fluzin (@soymalau) who were in charge of making photomontages. Finally, other members were in charge of archiving tweets and screenshots on Pearltree, a curation site.

The machine was well oiled. A machine that Florence Porcel, a journalist at the time, was the victim of. In her testimony, she explains that the cyber harassment (which is an offense punishable by law) “began with malicious tweets from several accounts, repeatedly. Then I was treated to a pornographic photo montage”. Nora Bouazzouni reports similar techniques: “I got sexual and misogynistic insults, pornographic photomontages. And there was always a racist connotation. Photographer and director, Laurence Guenoun also testifies on Twitter, relating that she was targeted by “creations of an anti-Semitic nature”.

The right to exist… virtually

Beyond the shock of it (because some people are or were working “journalists”), this case should give rise to a collective and individual awareness of the reality and ugliness of cyberharassment. Just as we have the right to exist in real life, we also have the right to exist virtually, without fearing for our person or suffering attacks whose purpose is to denigrate, to humiliate. Let’s hear it. 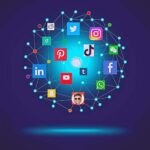 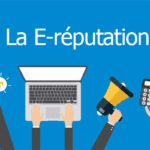 Quiz: what do you call the image of a person sent back by the web?
Laisser un commentaire Supprimer commentaire